What’s the Real Story Behind Coronavirus and Ibuprofen?

You may have seen rumors on social media about a possible link between ibuprofen and the novel coronavirus (COVID-19). Namely, that taking ibuprofen can worsen symptoms of the already very dangerous illness.

This is understandably worrying for any migraine sufferer currently relying on ibuprofen for migraine pain relief. If you stop taking pain killers, how bad will your migraines get? If you continue to take them, what happens if you do catch coronavirus?

It can seem like you’re stuck between a rock and a hard place: where do you go from here?

But let’s set something straight. While there have been a lot of dubious claims surrounding coronavirus and ibuprofen, there is no substantial scientific evidence to give these concerns any real backing.

That means, if you’re currently relying on ibuprofen for migraine pain relief, there’s no reason to stop.

Where did the rumors about ibuprofen and coronavirus begin?

The origins of this hearsay are hazy, to say the least. But the false claims about ibuprofen and coronavirus seem to have emerged from a mixture of fake news on social media and misconstrued medical advice.

The confused messaging began in France when Jean-Louis Montastruc, a doctor at Toulouse University Hospital tweeted: “In this period of coronavirus, it is necessary to remember the risk of complications of the NSAIDs in case of fever or infection.”

Shortly thereafter, France’s Health Minister Oliver Veran also took to Twitter to announce that anti-inflammatory drugs, such as ibuprofen, “could be an aggravating factor of the infection”. He also cited paracetamol as a safer alternative. These tweets soon spread worldwide, spawning subsequent posts warning people about the dangers of ibuprofen.

Where exactly the French ministry got its information remains unclear, but media outlets soon began running stories linking ibuprofen to the deaths of young people with COVID-19.

As they do, Whatsapp and Instagram also became popular ways of sharing misinformation, with the following messages — as rounded up by the BBC — being distributed:

All of the above hospitals have since released statements confirming this information is false. And that medical professionals would not disclose this type of information in any case.

A seemingly critical detail that went unreported in the media, however, was that France had already begun investigating how NSAIDs react with antibiotics back in 2018. As a result of this research, the country had already put some buying restrictions on ibuprofen and paracetamol in January of this year.

Did this mean that they thought the pain killers weren’t safe? No. It simply meant that they wouldn’t be as readily available over the counter. Instead, customers had to have a quick consultation with staff before purchasing. 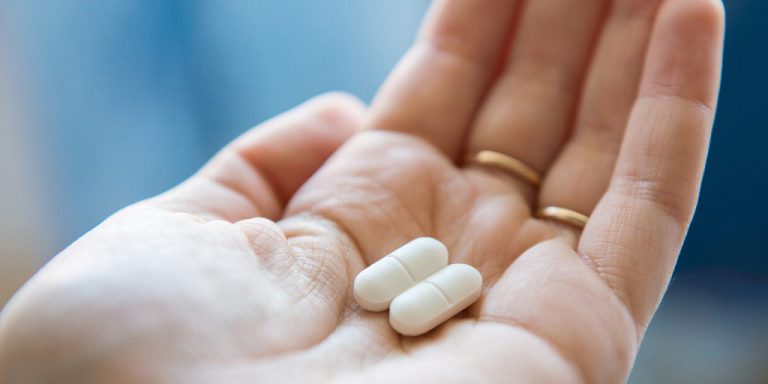 What does science really say about ibuprofen?

As it stands, there’s no scientific research that suggests ibuprofen can somehow enhance the coronavirus itself.

But, she added: “I have not seen any scientific evidence that clearly shows a totally healthy 25-year-old taking ibuprofen for symptoms of COVID-19 is putting themselves at additional risk of complications.”

It’s also worth noting that both the European Medicines Agency and the World Health Organization have released statements saying that there is no reason to stop taking ibuprofen.

So, while it seems that there is a possibility of ibuprofen having negative effects on the symptoms of COVID-19, there just isn’t enough evidence to prove this, or to suggest that potential risks outweigh the benefits of the medication.

Why was ibuprofen highlighted as a risk in the first place?

Experts have found that patients with diabetes and high blood pressure have an increased risk of complications associated with COVID-19. These people are often treated with drugs called ACE inhibitors that suppress inflammation, but they also cause ACE2 to rise in the body. ACE2 is an enzyme that provides an easy breeding ground for the virus.

Since ibuprofen belongs to a group of medicines known as Non-Steroidal Anti-Inflammatory Drugs (NSAIDS) which can relieve the pain of inflammation and fever, it was claimed that it can also cause ACE2 levels to rise.

Again, this connection has not been proven. In fact, the authors of the article stressed that this is only a theory with very little scientific weight.

Coronavirus Expert at the University of North Carolina Gillings School of Global Public Health, Rachel Graham, stated: “You can have low levels of ACE2 and still be susceptible [to the virus].” She also added that there’s no evidence of ibuprofen increasing this enzyme. 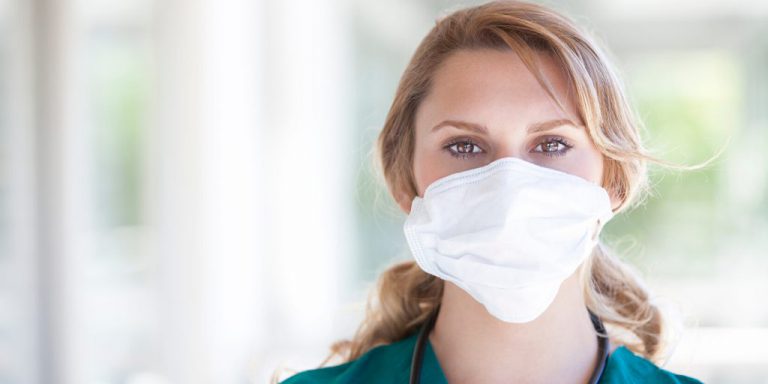 What should I do if I take ibuprofen for my migraines?

The prevailing opinion of health professionals across the world is that it’s still safe to use ibuprofen and other anti-inflammatory medication for your migraines.

Although ibuprofen is one of the most popular medicines on the market, it does carry the risk of some side effects. We’re not saying this to worry you, it’s just good practice to know what you’re taking and what impact it can have on your body.

Talking with your doctor about the best treatment for you is always safer than self-medicating with over-the-counter drugs. True, it may not be so easy to visit your doctor’s office right now, but many health care professionals are organizing phone check-ups and appointments, so don’t be afraid to reach out for advice.

And as we continue through the pandemic, remember to use trusted resources like the WHO and your region’s official health authorities for legitimate information on COVID-19, including the best course of action if you’re experiencing symptoms of the virus.

Stay safe out there! 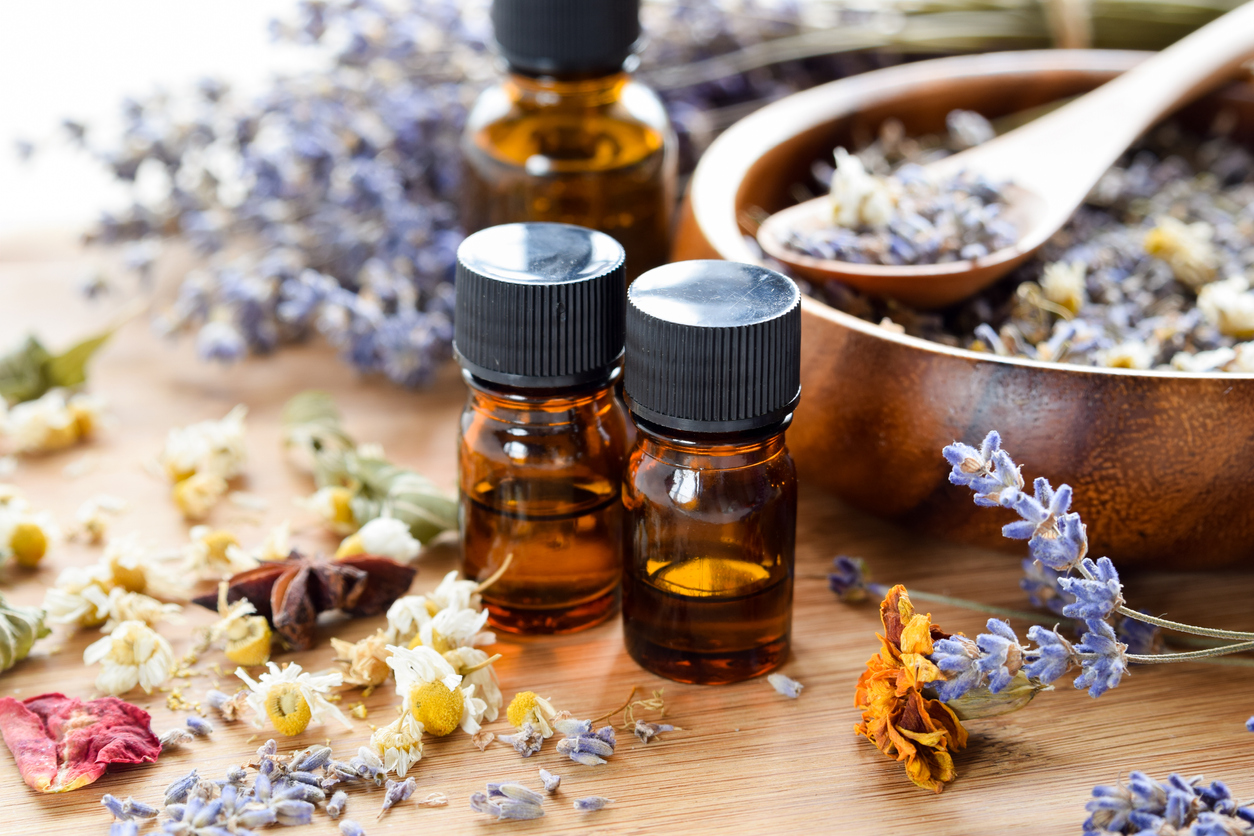 Home Remedies to Help You Live Better With Migraine

Most migraine sufferers need to take pharmaceutical medications to manage their symptoms — but there are ways to help relieve the pain and nausea without medication.

How Can Yoga, Massage and Biofeedback Help With Migraine?

Holistic techniques are said to prove helpful for some people who suffer from migraine. After all, yoga, biofeedback and other relaxation exercises can be transformative in dealing with stress — which, for many, is a major trigger for migraines. 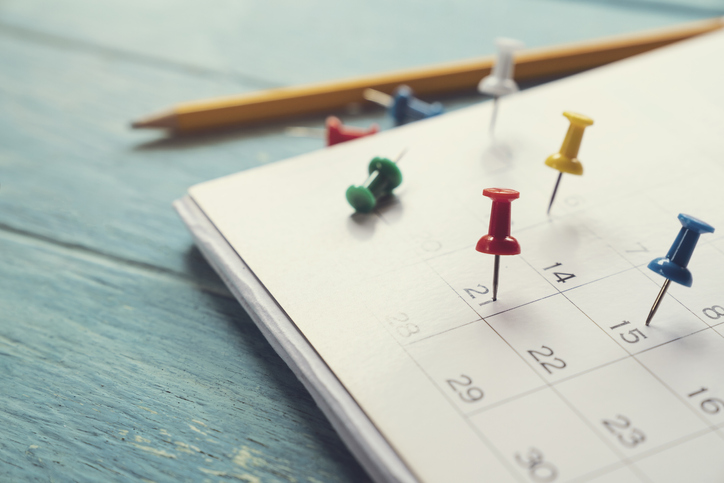 What Is Chronic Migraine?

Migraines can be a huge disruption to your life, no doubt about it. If you have recently been diagnosed with (or believe you may have) chronic migraine, you probably have a lot of questions about what is causing your migraines, what treatments are available, and what your long-term prognosis might be.