New Year’s Eve, for many of us, is a time for celebration. While some people like to have a quiet night in on New Year’s Eve, maybe just watching TV with loved ones, others like to make a big night out of the occasion. But if you’re the type of person who enjoys going out and partying on New Year’s Eve and you also suffer from migraines, then it’s important to be aware of your triggers. After all, New Year’s Eve can, for many migraine patients, create the perfect storm for a migraine attack.

In this article, we will outline what the common triggers are for migraines during New Year’s Eve, how to avoid or deal with those triggers, and what to do if you still get a migraine on New Year’s Eve, despite trying to avoid one. With the right kind of information and preparation, you can make sure that you enjoy New Year’s Eve, untroubled by migraine attacks.

When it comes to the types of things that can trigger a migraine attack during New Year’s Eve, we can highlight four main factors: alcohol, noise, stress, and poor quality sleep. Let’s examine these triggers in turn.

Studies have shown that alcohol is a common migraine trigger for some migraine patients. However, the relationship between alcohol and migraine is complex. While some patients claim certain types of alcoholic drinks (e.g. red wine) is more likely to trigger a migraine attack than others, no evidence has established this connection. Not yet, anyway. What has been established, nonetheless, is that migraine sufferers are more susceptible to the delayed alcohol-induced headache (DAIH) compared to non-sufferers. This would be the classic headache you get during a hangover. If you’re a migraine sufferer, even moderate amounts of alcohol can trigger such a headache.

Interesting research from The Migraine Trust and the American National Headache Foundation found that the context in which drinking takes place was more likely to affect the likelihood of a migraine attack than the alcohol itself. For example, migraine patients report that when drinking happens in a relaxed setting, alcohol did not trigger a migraine attack. In fact, alcohol could actually protect against migraines in this context, by reducing stress. It seems that alcohol is really only a trigger for a small minority of patients – less than 6%, according to The Migraine Trust.

Alessandro Panconesi, M.D., in looking at the link between alcohol and migraine attacks, concludes: “Certainly, some headache patients cannot tolerate some alcoholic drinks, although not frequently, and perhaps only in combination in the presence of other trigger factors (stress, for example).”

So, if you know you’re particularly sensitive to alcohol, it may be wise to moderate your drinking during New Year’s Eve. Drinking water throughout the night can also help reduce the chances of getting a headache from a hangover the next day. In addition, if you’re a migraine patient, you can reduce the chances of a migraine attack by drinking in a relaxed, non-stressful environment. If crowds, for example, stress you out, it may be best to avoid a noisy club or bar, or at least limit your time there.

Following from the last point, The Migraine Trust notes loud noises as a common trigger of a migraine attack, which is backed up by research. Also, even if a noisy environment doesn’t trigger a migraine, the noise could worsen migraine symptoms caused by something else. This is because a common symptom of migraine is sensitivity to sound. Loud sounds can, therefore, increase migraine pain in some people. Of course, noise may both trigger a migraine attack and make it worse.

New Year’s Eve can entail all sorts of loud noises, including the chatter of crowds in a bar, a loud sound system in a club, or a fireworks display. Of course, it might not sound that appealing to avoid these situations entirely, especially if you’re the type of person who likes clubbing on New Year’s Eve or watching the fireworks. You can, however, mitigate the likelihood of noise triggering a migraine attack in various ways. For example, it can help to take breaks from the noise by going to another room or the smoking area. For fireworks, you could prevent a migraine attack by wearing earplugs.

Stress is one of the most common triggers of migraines. In fact, according to the American Headache Society, 4 out of 5 people suffering from migraines report stress as a trigger. Researchers have found that it is not so much the stress that triggers a migraine but the after-effects of it. This is known as the let-down effect. As the psychologist Dawn Buse explains:

“After a stressful period has passed, the body returns to a state of normality and many of the systems that were activated calm down. This includes a drop in cortisol as well as other stress hormones [which could] set the stage to initiate a migraine.”

For many of us, New Year’s Eve can be a stressful time. It can involve a feeling of pressure to have a good time, as well as the stress of making plans at the last minute, plans falling through, the money involved, crowded clubs, getting into drunken arguments, and trying to get home late at night. You can avoid or minimise the stress of New Year’s Eve in the following ways:

Most importantly, though, avoid putting pressure on yourself to have the best night of your life. Treat it as an occasion to spend time with family or friends. Don’t worry if the night doesn’t live up to you or anyone else’s expectations.

There is a wealth of evidence demonstrating that poor sleep quality can both increase the frequency of migraine attacks and worsen existing migraine symptoms. As one study highlights, a lack of REM sleep leads to the expression of certain proteins, including p38 and PKA, which are thought to play a key role in triggering migraines. All of the available research indicates that it’s extremely important for migraine sufferers to get regular, restful sleep.

During New Year’s Eve, it is normal to stay up late and get a poor night’s sleep. We know that alcohol can affect the quantity and quality of sleep. So, if you plan to drink on New Year’s Eve, try not to consume high amounts of alcohol, as this can cause major disruptions in REM sleep. Avoiding or being mindful of your use of alcohol or recreational drugs can help ensure you get adequate, quality sleep. This will reduce the chances of you experiencing a migraine attack the next day or a worsening of existing symptoms.

With all of the above tips in mind, you will be equipped to prevent a migraine attack on New Year’s Eve, as well as be ready to manage the symptoms if one should occur. In this way, you’ll be able to enjoy New Year’s Eve to the fullest, without your migraine symptoms getting in the way of the celebrations.

CBD oil has been touted as a ‘cure-all’ for a multitude of ailments. And, as a result, it’s been popping up everywhere — in treats, drinks, beauty products and even pet food! But can we trust it? And how well does CBD oil work to treat migraine? 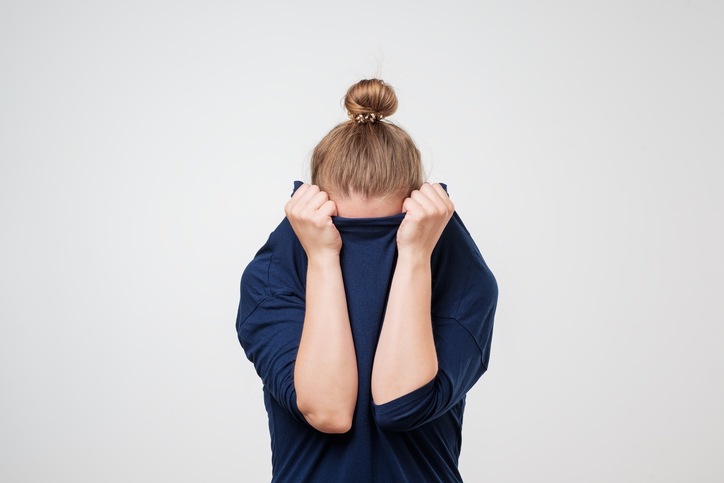 If you suffer from migraine stress might play an important role. The good news: you can learn to control this trigger. 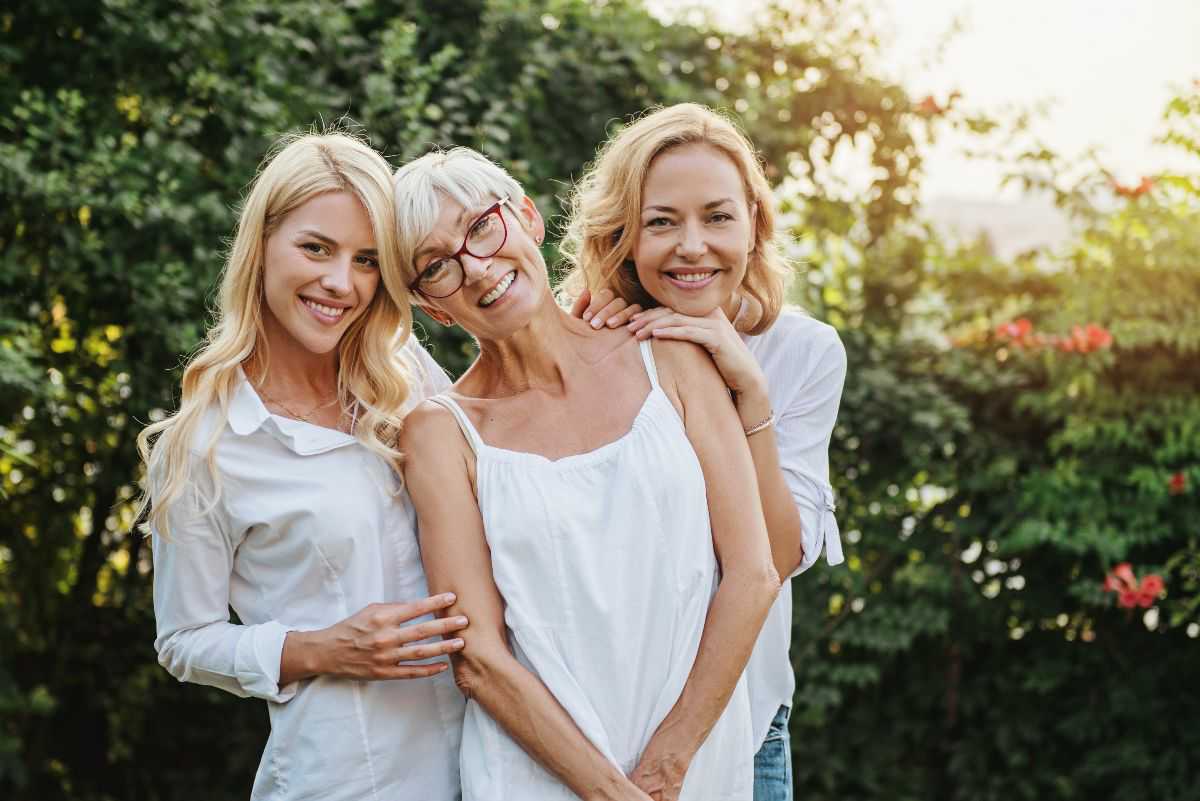 How Can Menopause Affect Your Migraine?

If you suffer from migraines that follow your menstrual cycle, do you know what to expect when your cycle slows down? After all, perimenopause and menopause are significant periods of change — so let’s take a look at what this means for menstrual migraines!